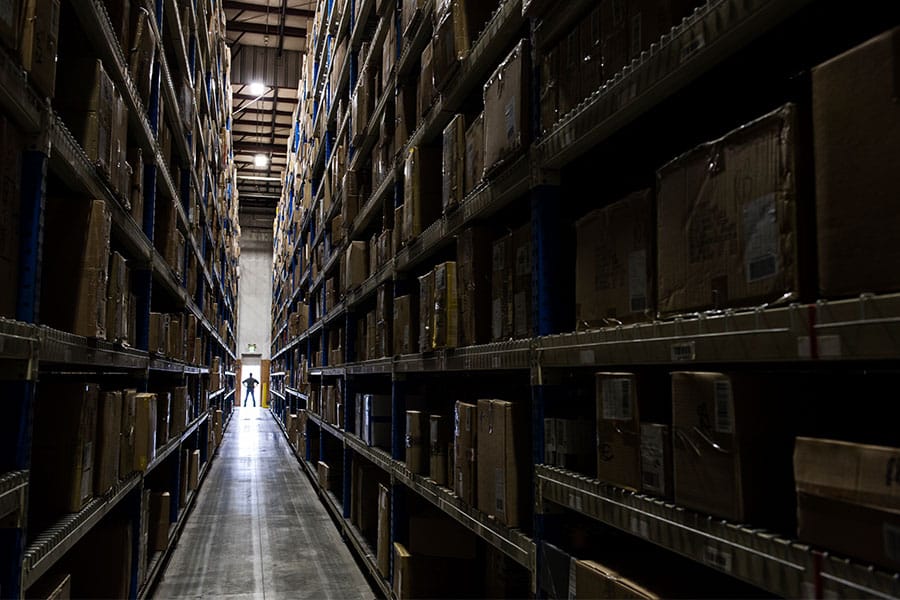 There is no name bigger than Weber in the home grill market.

Being one of the biggest brands in the industry, the challenges in the Weber supply chain will inevitably develop.

The challenge of managing stock movements, keeping visibility of what is where, keeping staff on track with product picking and safe while they do it are all day-to-day challenges for Weber.

It was in the land down under that these challenges were tackled head on in the Weber Stephen Products Australia Pty Ltd head office located in Adelaide, Australia.

What ensued at Weber in Australia was a transformation of their warehouse technology that not only increased productivity but provided a safer workplace by utilising the power of voice.

Business challenges come in different forms, some customer facing while others internal.

Weber customers have always experienced high service levels but maintaining these experiences is predicated on the processes employed within the business.

Fortunately, the processes within their warehouse were already underpinned by the use of technology.

Weber in Australia were using mobile computing technology to manage the day-to-day warehouse tasks such as product put away and order picking.

The devices proved to be a great tool for staff, but some challenges with their use was observed by their Logistics Manager and other external issues looming.

It was noticed that the number of key clicks required to process a transaction was considerable. This not only consumed valuable time but was a safety concern as the staff were being distracted by the amount of time working with the device.

“Our warehouse team looked like a bunch of teenagers walking down the street staring at their devices and distracted where they were going”, said Terry Garner, the Weber Logistics Manager for Australia and New Zealand.

The Weber business involves handling bulky items that requires two handed picking which cannot be achieved with a device in hand. A further productivity and safety issue was identified as a result of the need to move the mobile device out of the workers hands to allow them to pick goods effectively.

The mobile devices in use were coming to their end of life due to the Microsoft Mobile operating system becoming unsupported. This posed a further challenge to the continuity of processes over time with the existing technology employed.

While these challenges were being faced, another was rising. The COVID pandemic had hit in early 2020 and with it came a shift for the Weber business.

With lockdowns in place, the business offered free shipping for online orders which increased sales and pressure on the warehouse to be more productive.

Fortunately, the team at Weber is forward-thinking and stays abreast of the latest technology that is available in the supply chain.

Technology such as robotics, AI and voice solutions were all being monitored for their application benefits for Weber, but the immediate need was to replace the existing mobile devices.

Unbeknown to Weber, this first step opened the door to solve some of the supply chain challenges they were facing.

Logistics Manager, Terry Garner, contacted their mobile device supplier, Intermax, to enquire about procuring new mobile devices for use in their warehouse.

The team at Intermax explained that now was the time to move to an Android based mobile device. Not only would this solve the issue of the end of support for the Microsoft Mobile operating system used on Weber’s now defunct devices but unlock functionality that could address some of the further challenges being experienced in the warehouse.

The decision to move to Android was a simple one for Weber with the Honeywell CT40 mobile device being chosen after a proof of concept was proven.

The modernisation of Webers supply chain practices was now unlocked with the help of Intermax.

The first hurdle was to migrate Weber’s mobile app to the Android operating system.

This was achieved with the help of Intermax by using the Ivanti Velocity migration platform. This platform allows for easy transformation of older, green screen-based applications, to a modern, touch enabled layout on the Android operating system without a line of code being written.

The Ivanti solution meant that the adoption of the new devices within the Weber warehouse could happen in days rather than months.

Straight away processes could be streamlined in the application to reduce the number of keystrokes, but it was the next step that transformed Weber’s warehouse practices and unlocked productivity and safety gains. 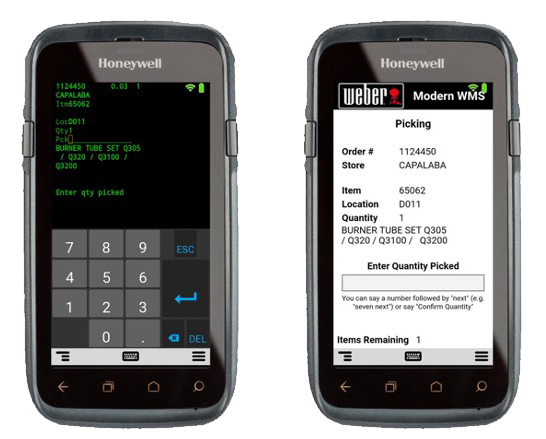 Old vs New. The migration process using Ivanti Velocity modernised screens
without one line of code being written.

Now that the Weber application was working on the Ivanti Velocity platform, Weber was able to add voice to their processes, a technology that had only being considering months prior but without an effective solution in mind.

The ability to add voice meant that warehouse staff no longer needed to physically interact with their mobile device, now able to rely on voice commands and acknowledgement.

Warehouse staff were now being guided by voice for all product put away and picking in the busiest of Webers warehouse, their ecommerce spare parts and accessories division.

Rather than staff having to hold their device in their hand to read what orders had to be picked and then record activity via a touch-based interface, the mobile device could now be placed in a waist mounted holster. Coupled with a Blue Parrot C400XT headset used to listen and respond to commands being given, staff were now working handsfree.

Moving to a handsfree operation solved the safety concerns managers had when handheld operation was in use.

Furthermore, with less handling of the mobile device, staff could now undertake their tasks at a faster pace allowing for significant productivity gains.

The speed in which this new technology could be adopted was critical as the heightened online sales, as a result of the COVID pandemic, was placing pressure on the supply chain.

The Ivanti Speakeasy voice solution, which sits on the Ivanti Velocity platform, is a web-based application that does not need any specific hardware or cumbersome setup.

Not only is the solution vastly more cost effective, allowing for easier adoption of voice-based workflows, Weber was able to move to voice within 2 weeks of moving to the new mobile devices, a concept unheard of with other solutions.

With the COVID pandemic in full swing, implementation of a new technology platform may have been viewed as a challenge, but the reality was that the entire solution was implemented remotely.

Not only were the new Android mobile devices configured remotely and the modernisation of the application screens, but also the voice component.

The speed of delivery of the Ivanti solution meant that the ROI on the technology was being realised far sooner.

Staff adoption was the key

The shift to voice based processes happened quickly in the Weber warehouse, but to ease the challenge of adoption by the workers, a staged approach was taken.

Initially voice was used for small functions within the warehouse before a broader roll out.

With some hesitancy by staff to adapt to the new way of working, it was within 3 to 4 weeks of the initial voice rollout the team had embraced the voice solution and have not looked back.

The combination of more useable and streamlined application screens, upgraded mobile hardware and voice has made the life for the on the ground worker a lot easier.

The impact of the shift to voice

A significant impact of the shift to  voice-based processes in the warehouse at Weber has been experienced.

The first initial finding was a 12 second reduction in the time to pick an item. In product picking numbers that equates to a time saving of 20 minutes for every 100 items picked, representing a significant boost in productivity.

The Weber Australia operation picks approximately 600 items a day. With the new voice solution in place, they were able to save a massive 2 hours a day in picking time.

With such productivity gains, customers’ expectations could be met even with an increase in demand.

A reduction in potential safety issues was reduced as a result of moving to handsfree operation of the mobile device and less time physically interacting with it.

The demand in the warehouse did increase significantly during the COVID pandemic which resulted in additional staff needed, but less staff were recruited due to the productivity gains of the voice solution.

Less workers doing more has significantly allowed for the Weber operation in Australia to manage the peaks of demand while also keeping operational costs low.

In order to keep up with demand, Weber in Australia has increased their warehouse space from 600sqm to 2500sqm. The new technology implemented in the warehouse has supported the growth effectively and will enable further process enhancements as a result of working on the Ivanti Velocity platform.

The Weber business in Australia and New Zealand is going from strength to strength and this is greatly supported by a management team that is not afraid to look at new technology and invest in it.

The decision to upgrade to Android mobile devices, work with the Ivanti Velocity platform and adopt voice in the warehouse has truly unlocked future process refinement of their supply chain. All this done in a cost-effective way and implemented in weeks rather than months.

Staff are more productive and safer. Managers have greater visibility and accuracy around stock movements. It is easier for Weber to onboard new warehouse staff with the more intuitive applications in place. Above all, Weber customers’ expectations are being met, even when the demand for Weber products has increased.

What started as a common need to update mobile devices has resulted in a streamlining of warehouse processes that utilise the power and simplicity of voice and unlocked productivity gains in the Weber supply chain.

It’s truly an all-round win for all involved. 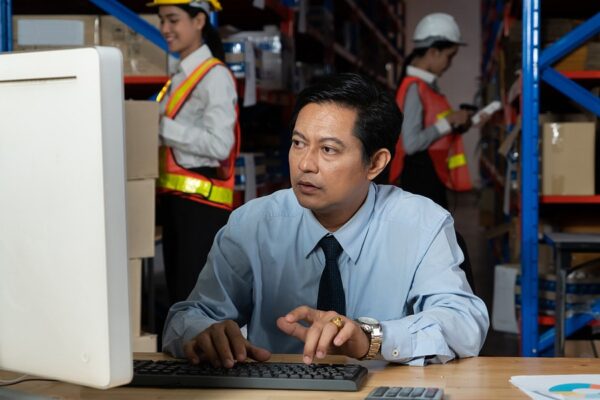 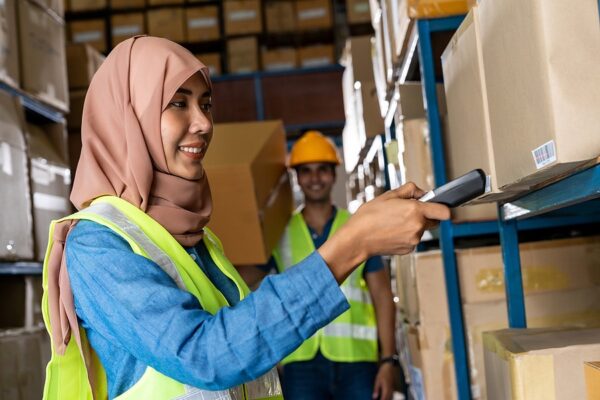 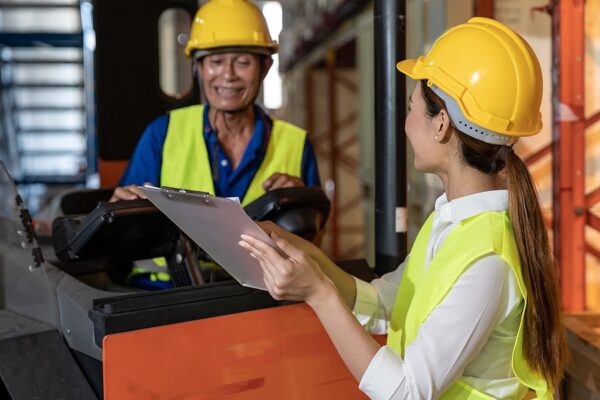 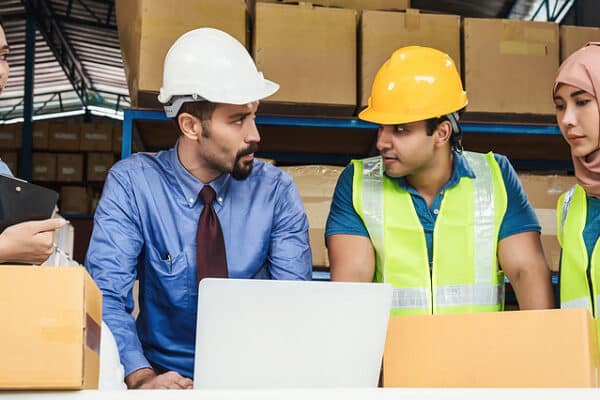 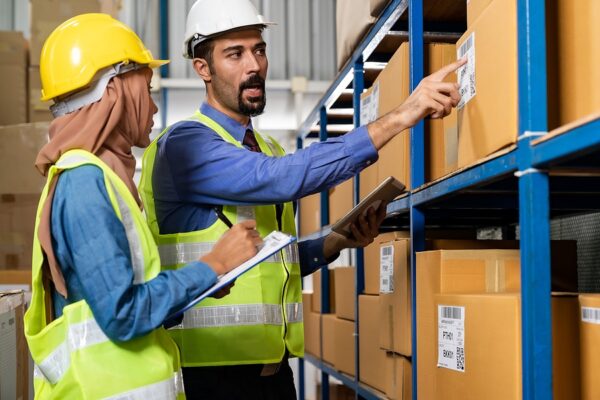 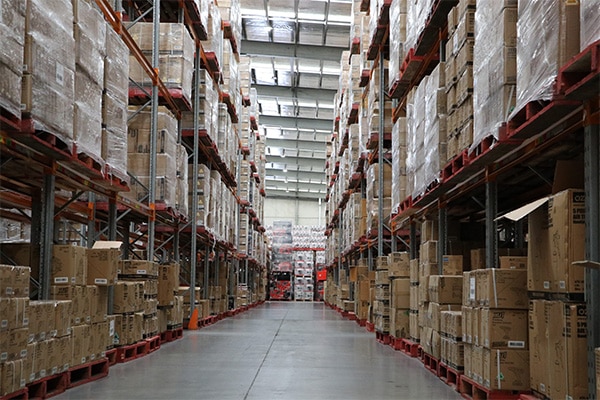 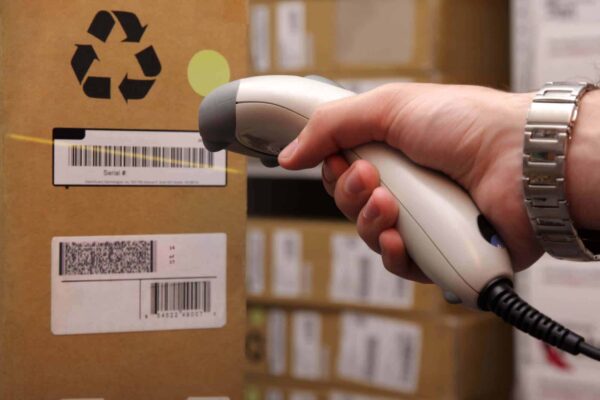 Get Started With a Free Consultation